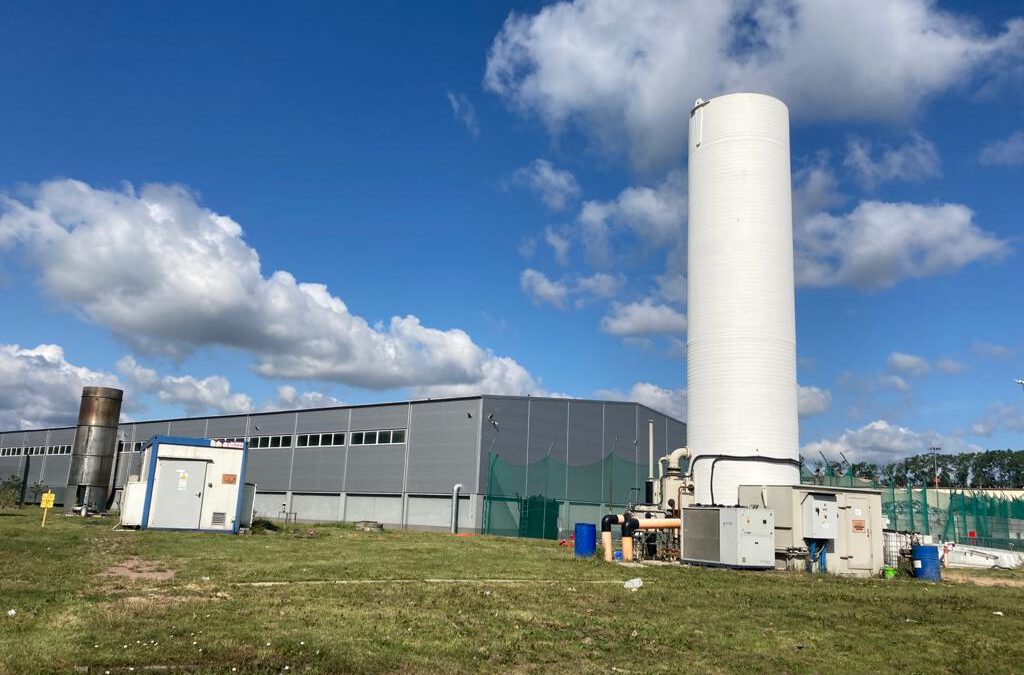 Liquified methane produced from biogas or natural gas is the fuel of the future. Efficient and ecological, it is increasingly used in heavy transport and shipping, and as an energy source in industry or agriculture. As part of the EU project Liquid Energy, Metropolitan Area Gdansk-Gdynia-Sopot is working, among others, on the analysis of the use of liquefied biogas and natural gas as (bio-) LNG for the production of clean electricity and fuel for the needs of Żegluga Gdańska, Przedsiębiorstwo Komunikacji Trolejbusowej in Gdynia and Zakład Utylizacyjny in Gdańsk.

The world focuses on Renewable Energy Sources and ecological transport. The European Union is gradually moving away from fossil fuels to become climate neutral by 2050 in line with the principles of the European Green Deal. Increasing the production, diffusion and use of sustainable alternative fuels is a key priority of European transport, energy and climate policy. Alternative energy sources, such as liquefied biogas (LBG or bio-LNG), from which methane is obtained, are gaining in importance.

– Alternative energy sources, such as LNG and bio-LNG, are a future for which there is no turning back, and on the fuel market it will be whoever wins the race to develop new technologies for obtaining and distributing alternative fuels – says Paweł Warszycki from The Hanseatic Institute for Entrepreneurship and Regional Development at the University of Rostock one of the German partners of the Liquid Energy project.

There is plenty advantages of LNG and bio-LNG usage:

The usage of biogas for the needs of metropolises.

As part of the EU program Interreg South Baltic 2014-2020, a project entitled “Liquid Energy – liquid (bio) gas as a driving force for development and the use of green energy technology” was being created. This project aims to encourage the use of green technologies to reduce pollution in the Baltic Sea region. It is co-financed by the European Regional Development Fund.

– The idea of the project is to present possibilities offered by liquified natural gas and biogas to use it to produce clear electrical energy as a power source for vehicles, as well as to power buildings – says Krzysztof Perycz-Szczepański, deputy director and Metropolitan Project Manager within MAGGS.

The Liquid Energy project is implemented by the Gdansk-Gdynia-Sopot Metropolitan Area together with partners from Poland, Germany, and Lithuania. These are:

The partnership structure is additionally created by 21 organizations and enterprises, such as PGNiG, Wärtsilä Sweden AG and UAB Emerson.

The Liquid Energy project is also a pilot solution, such as the use of LNG / bio-LNG as fuel for small ships (in Szczecin) or a mobile LNG refueling station (in Gdańsk).

The race for new technologies

The European Commission has decided that the European Union will move away from fossil fuels by 2050. The goal is to achieve climate neutrality and zero pollutant emissions. It is therefore crucial to build a network of alternative fuels infrastructure for all modes of transport and to bring zero-emission and low-emission vehicles, vessels, and aircraft to the market. Big players on the fuel market, such as Shell, PGNiG, are considering alternative sources and methods of obtaining and distributing energy. The race for new technologies is already underway. In Germany, for example, concepts are being developed for the synthetic extraction of methane from plants, without the fermentation process.

The key issue is the storage and distribution of methane as an energy carrier.

– Until now, LNG is mainly used as fuel in trucks or on ferries – says Paweł Warszycki. – Large or even huge tanks are used for refueling. New technological solutions are needed to be able to use LNG and bio-LNG on a smaller scale, e.g., as fuel in small vessels. Several years ago, the technology of storing LNG and bio-LNG in the nano and micro scale was developed – the nano scale means a capacity of approx. 600 liters. 1 m3 of LNG is equal to 600m3 (cubic meters under normal conditions) of natural gas.

Therefore, there is an opportunity to develop innovative distribution methods, such as a mobile LNG refueling station (as an alternative to a huge terminal, such as the terminal in Swinoujscie) and sell small amounts of this fuel – for local needs. The pilot of such a project under the L-Energy program is carried out by the Maritime Institute in Gdansk.

– We anticipate an increasing trend for bio-LNG to be produced and sold locally, for example on farms – adds Paweł Warszycki. – It is assumed that in the future local biogas plants will be equipped with an infrastructure for liquefying gas and transporting it in small tanks, e.g., 600-liter tanks, directly to the final recipient.

In this way, the farm will not only provide itself with clean energy (whether in the form of electricity, heat or fuel), but will also be able to profit from its sale.

Transport is switching to eco-power. LNG as a marine fuel

Significantly lower sulfur dioxide emission limits are in force in the North Sea and the Baltic Sea from 2020, so low-carbon fuel is a real boon for shipping. Liquefied natural gas has the most positive effect on reducing exhaust emissions, it reduces nitrogen oxide emissions by 90% and particulate emissions by 95%.

One of the pilot investments in the Liquid Energy project is the adaptation of the motorboat to run on gaseous fuel. The Magda I motorboat, built in 1978 at the Wisła Shipyard in Gdańsk, for many years served as an inspection unit of the Harbor Master’s Office in Szczecin. Currently, it is owned by the Society for the Promotion of Knowledge about the Sea in Szczecin. Thanks to the Liquid Energy project, an old boat will gain a new life.

– Magda I will be the first small gas-fueled unit in this part of Europe. In the future, it will be used for training and promotion of ecological powering for inland vessels. LNG is a fuel as safe as diesel fuel, and in addition, it is much cheaper and more environmentally friendly than diesel fuel. It is being used more and more as marine fuel – but only in large vessels. Magda I’s task will be to show that LNG can also be used in small units – says Przemysław Rajewski from Association for the Promotion Knowledge about Sea in Szczecin. 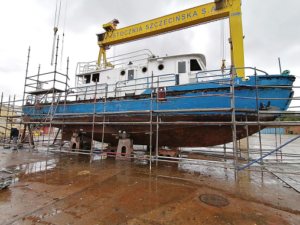