“Magda I” got a new LNG engine 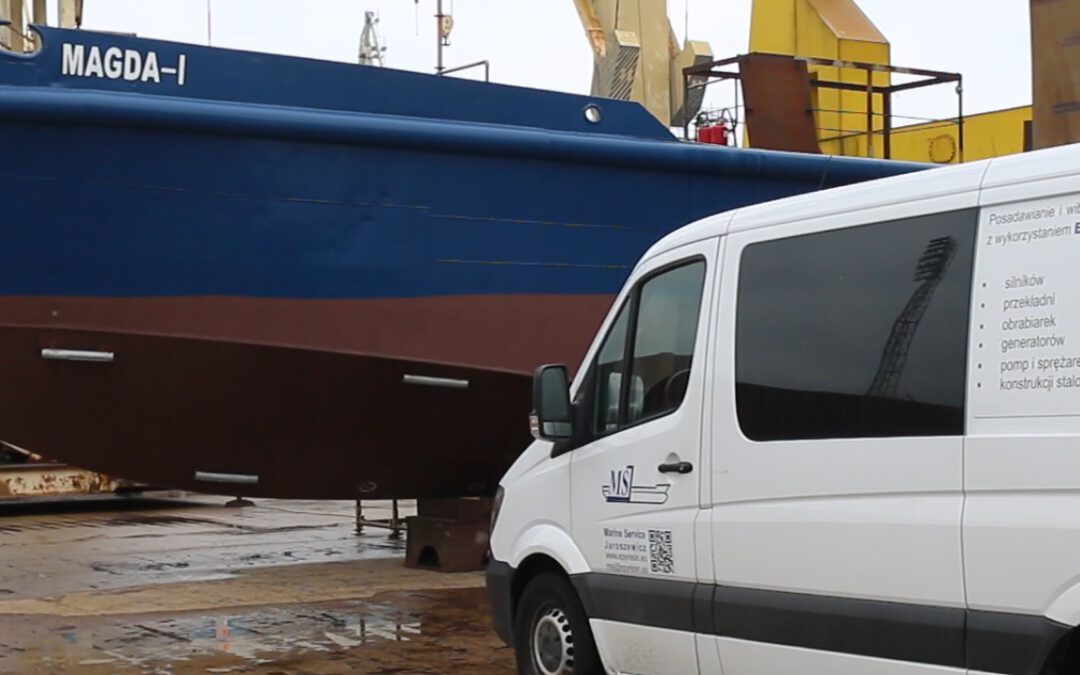 Finally the “Magda I” ship has the most important component of its structure. On the 23rd of May 2022 at the Szczecin Shipyard the engine with natural gas as a fuel was placed on the ship.

After it had been assembled, a special epoxy resin was poured between the foundation bed and the supports. The resin will partially dampen the vibrations coming from the running engine as well as take over the loads from the pressure of the brackets.

– Initially, there were a few issues to resolve – says Przemysław Rajewski from Association for the Promotion Knowledge about Sea, one of Liquid Energy project partners. – The engine shell was too high. It was necessary to disassemble it, shorten and reassemble in order to align the engine with the propeller shaft line.

Eventually the operation was successfully completed!

Prepare the space under the supports (foundation brackets) of the engine and the foundation bed for pouring in the special epoxy which, after curing, will take over the loads from the pressure of the brackets and at the same time will partially dampen the vibrations coming from the running engine.

The new life of “Magda I”, i.e. LNG and bio-LNG as marine fuel

Adaptation of a small ship engine to be powered by LNG or bio-LNG is one of the four pilot investments implemented under the Liquid Energy project. Thanks to the project, the long-serving inspection unit of the Harbor Master’s Office in Szczecin, Magda I, built in 1978 – will gain a new life.

– Magda I will be the first small gas-fueled unit in this part of Europe – says Przemysław Rajewski. – In the future, it will be used for training and promotion of ecological powering for inland vessels. LNG is a fuel as safe as diesel fuel, and in addition, it is much cheaper and more environmentally friendly than diesel fuel. It is being used more and more as marine fuel – but only in large vessels. Magda I’s task will be to show that LNG can also be used in small units.